Timmy knew exactly what to do. He just had to turn the big hand on the clock backwards. Grandpa called it ‘Daylight Savings Time’.

He prodded the clock in the kitchen with a broom, until it fell down. Relief crashed through him when the clock remained intact. He picked it up and slowly spun the big hand. He paused for a moment. Had it worked?

He peered into the living room. His mother was passed out drunk on the sofa. Was she like that before he took the clock? He couldn’t remember. He usually took care not to disturb her as he navigated around the bottles strewn about the floor but today his mind was racing in a million directions.

As he sprinted to the hallway, he let the bottles fall where they may. He didn’t even think twice about how much trouble he was going to be in for letting their mouths drip beer and wet ash all over his grandmother’s oriental rug.

Apprehensiveness crept up on him as he grabbed the bathroom doorknob. He slowly opened the door and felt his heart wrench with disappointment. His sister was just as he had found her. He hadn’t turned back time at all.

“I’m sorry,” he whispered and stroked her tiny, blue hand.

This flash fiction was written for this week’s Trifecta Writing Challenge. This week they are looking for stories or poems from 33 – 333 words in length that feature the word: mouth. Not just any definition of the word will do though. Only the third definition shown below is accepted.

1a : the natural opening through which food passes into the body of an animal and which in vertebrates is typically bounded externally by the lips and internally by the pharynx and encloses the tongue, gums, and teeth
b : grimace <made a mouth>
c : an individual requiring food <had too many mouths to feed>
2a : voice, speech <finally gave mouth to her feelings>
b : mouthpiece
3: something that resembles a mouth especially in affording entrance or exit: as
a : the place where a stream enters a larger body of water
b : the surface opening of an underground cavity
c : the opening of a container
d : an opening in the side of an organ flue pipeSo, are you up for the challenge? If so, get to writing and then link up your work at the website above. Hope to see your story or poem there! 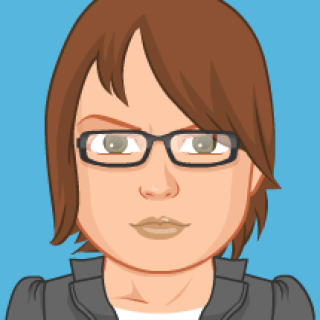 Misanthropic Muse is an enigma that loves horror stories, blogging, caffeine, sarcasm, and cake. (Who doesn't like cake?!)